We’re not sticking by the whole theory of “just 30 songs” very well, now are we?

I was unofficially tagged by Lalaithiel and Victoria. So, thanks guys!

It changes quite frequently. But at the moment I like More of You (Colton Dixon), Flaming Red Hair (Howard Shore) (discovered yesterday, actually) and A Wink and a Smile (Harry Connick Jr.).

The Many and the Few (The Klezmatics). This one is just… strange. I like the message and all, but in the words of my dad: “It sounds like a drunk Irish singing competition”.

A song that makes you happy

A song that makes you sad

Dust in the Wind (Kansas) and Words Remain (Josh Garrels).

A song that reminds you of someone

The second was the result of the most awesome lip sinc ever. XD

A song that reminds you of somewhere

A song that reminds you of a certain event

Nothing Can Stop Me Now (Mark Holman) and Speak Life (TobyMac)

A song that you know all the words to

Let’s see… Fight Another Day. Because I haven’t done any Addison Road songs yet.

A song that you can dance to

Most proficiently? I’m On My Way (The Proclaimers)

A song that makes you fall asleep

It doesn’t make me fall asleep, though. Sheesh. It’s just nice and relaxing.

A song from your favorite band

I don’t really like a whole lot of bands, per say. So choosing a favorite would be strange. I like Kansas, kinda. So Chasing Shadows.

A song from a band you hate

I really have no clue. XP

A song that is a guilty pleasure

The Great Pretender (The Platters). It’s a little goofy and melodramatic, but I like it for some reason. 😛

A song that no one would expect you to love

This one took me a while.

A song that describes you

Hmm… hard one. I’ve never really heard a song and gone “Oh, that’s so me.”

Or I’ll just go without words. The Legend Spreads. I love that one. 🙂

A song that you used to love but now hate

Let It Go. I know Victoria said the same thing, but when this many people geek out over one song so much, it’s a bit of a turnoff for me. 😛

A song that you hear often on the radio

A song that you wish you heard on the radio

Everything is Awesome. Just… for the commodity of it.

A song from your favorite album

Run Wild, Live Free, Love Strong (For King & Country). It’s the name of the song and the album. Ha.

A song that you listen to when you’re angry

Um… I never really stay angry long enough to listen to a song. And picking songs isn’t at the top of my priority list when I’m mad, really.

A song that you listen to when you’re sad

A song that you listen to when you’re happy

All of Me (The Piano Guys)

Seriously, it’s a bit of a tradition now.

A song that you want to play at your wedding

Life With You (The Proclaimers), All About Us (He is We) (<that video is great, by the way) aaaaand something ridiculous. I’ll think about it. 😛

A song that you want to play at your funeral

I’ve never asked this question. Should I have?

A song that makes you laugh

Anything from Les Mis. Anything. Seriously, if everyone is dutifully cleaning the kitchen/doing schoolwork/making dinner and you turn on Les Mis, everything comes to a halt and everyone starts dramatically lip syncing whatever it is.

And Tit Willow from the Mikado. Because I saw an absolutely brilliant performance of it.

A song that you can play on an instrument

Thou Be My Vision (Kemper Crabb), Pineapple Rag, and Cantina Band. One for each of my instruments.

A song that you wish you could play

Maple Leaf Rag. Working on it, actually. I like ragtime.

A song in a foreign language that you like

A song from your childhood

The last three as a result of a Stage Door Canteen tape that we had.

Your favorite song at this time last year 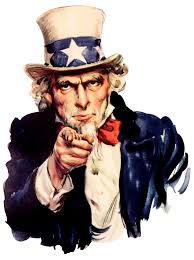 Have fun with it!

What are some of you favorite songs? Do we share any?