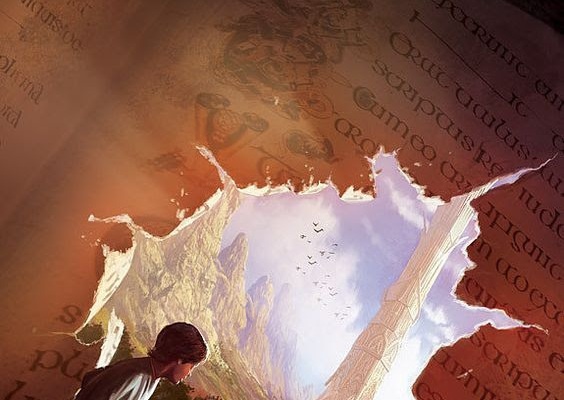 I decided to write something for Kingdom Pen’s picture prompt today.

I haven’t had anything to eat all day, so generally you’d think my writing wouldn’t be full power.

But, it turns out, I overshot the word limit by about double.

My story thing. The untrimmed version, cuz I like that one way better.

No one said that last word, but everyone thought it.

He was one hundred and six years, three months and nine days old. I know because my mother kept track on our calendar.

And you’d expect him to die of old age after all that, but no. He actually fell off a ladder while trying to snatch a bird’s-nest for his collection. Not quite the death you’d expect for anyone except Uncle Alfred.

His will wasn’t hard to find. It was next to his bed, being used as a bookmark in a large atlas. And just like his threats, it was, in fact, written in pencil. There were multiple eraser marks and re-scribbled distributions of his hodgepodge of belongings.

Not that I had actually seen the will yet. I would today, though. The whole family was gathering at his house in the evening to read through it.

My dad and older brother wore suits and ties and my mom wore her best, red dress and her most clickity high-heels. Almost like they could make one last good impression on Uncle Alfred.

I wore paint-splotched jeans, a baggy green shirt and my converse shoes. Uncle Alfred hated me. The best I could expect to have bequeathed to me was that half-empty jar of cumin he’d had in his cupboard for eternity. And we both hated cumin.

“It’s time to go to Uncle’s house!” she persisted. A car door slammed outside and I heard my brother whistling as he got into the car.

Over, under, through and pull.

There were clickity noises coming up the stairs and towards my room. I didn’t look towards the door.

Over, under, through and pull.

“Hmm?” I pulled at my last paracord stitch a little too hard.

“It’s time to go,” there were a few more clicks as she came up beside me.

“I’m not going to be in the will anyway. He probably willed me a slap from Aunt Jenny, if anything.” I tied off the last knot on the paracord and shoved it across my desk.

“Still. He’s your uncle and you have to come out of respect.”

“I thought I already came to the funeral out of respect.”

Mom sighed, “Be downstairs in two minutes or I’m sending your father up to haul you down.”

I pushed my chair back and followed her downstairs.

The car ride was full of speculations of who would get what from Uncle Alfred’s house. No one mentioned me.

And then the will reading began. I sat behind Grandpa so I could see the vague scribbles of Uncle’s cobwebby handwriting. All pencil.

Grandpa’s hand moved slowly down the page as he read, following the words. I barely listened. Uncle Alfred’s black Lab, Batman, sidled up next to me and set his head on my knee.

“Hey, Bat.” I scratched behind his ears. He thumped his tail on the floor. I gave his nose a squish. He snorted and walked off after the cat, Robin.

I shifted in my seat and looked back over Grandpa’s shoulder to see the will. His wrinkled hands were almost to the bottom of the page and I could see the last item.

It was written in pen.

Grandpa looked back at me, then continued reading, “I leave to Keith the Book of Worlds and the Kingdom of Whiteroot.”

Uncle Alfred really did hate me. While I had no idea what the “Kingdom of Whiteroot” was, the “Book of Worlds” would be no piece of cake to get home.

It was a book, in an unreadable language, three times as tall as me. I would say it was for decoration, but Uncle Alfred kept it in the barn.

While everyone else collected up their things, I headed out to look at mine.

Batman followed me as I shuffled through the hay and musty barn smell to the old book.

The enormous book propped up in the corner, its unreadable pages open to the middle of the book. I stopped and looked up at it. Batman circled my legs.

What on earth was I going to do with this? I didn’t have space for it in my room, let alone our house.

I started to step forward again, but my foot caught on Batman’s paw. I stumbled forwards, falling against the open page.

There was a ripping noise and a rush of wind through the tear. I pushed myself off and stepped back. A beam of light was showing through the rip in the page.

I looked around to see if anyone else was in here. All was quiet. I gave the ragged edge a yank downwards and a big chunk of the page tore out from the very middle.

Light streamed into the dark barn and I blinked.

There, through the page, was the Kingdom of Whiteroot.

Did you do anything for the picture prompt? Like the story?

49 thoughts on “The Penciled Will”