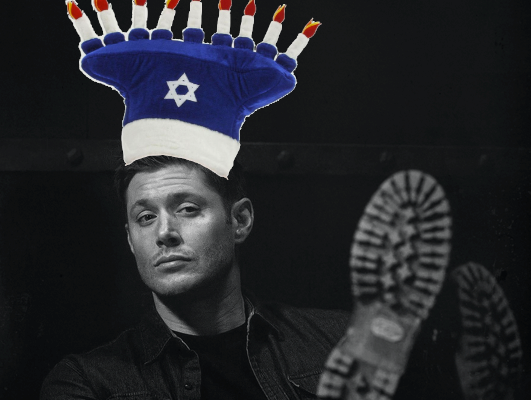 You all knew it was coming.

’tis the season for me to dump Hanukkah songs.

So, my two current favorites.

One by Kippalive. Which is both really pretty and really clever because… seriously, that menorah setup is just awesome.

And, StandFour, Maccabeats thingy. (Which is like a parody of that song Some Nights and it’s really cool.

I put Hanukkah hats on a couple of characters.

We have Mike Anderson. Totally rocking the menorah hat.

And, that’s all the stuffs I have for you today.

Have a good Hanukkah, guys. ❤