Plot: To unify the divided people, Conner, a nobleman of the court, devises a cunning plan to find an impersonator of the king’s long-lost son and install him as a puppet prince. Four orphans are recruited to compete for the role, including a defiant boy named Sage. Sage knows that Conner’s motives are more than questionable, yet his life balances on a sword’s point — he must be chosen to play the prince or he will certainly be killed. But Sage’s rivals have their own agendas as well. As Sage moves from a rundown orphanage to Conner’s sumptuous palace, layer upon layer of treachery and deceit unfold, until finally, a truth is revealed that, in the end, may very well prove more dangerous than all of the lies taken together.

(from the book jacket)

This was very well written, planned out and executed book. I think this now ranks up there with my favorites. The author did a wonderful job of keeping me on my toes; I really wasn’t sure who was a bad guy and who was a good guy for a while.

Sage was a great character. Really funny and a very distinctive story voice. He was very clever and at a couple of parts made me wince with his honesty. His rivals were very different and also distinctive, even though they had the same end goal.

Connor is a very crafty villain. He actually had me fooled for a while as to his allegiance. I can’t say much more without ruining a lot of the surprises. (Weird fact: I imagine him like this guy:)

Big surprise at the end and a lot of little surprises throughout. 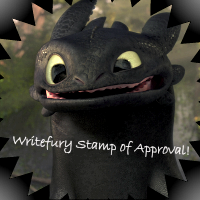