This is actually more of a character development story.

Cobalt Winter, the clumsy cyborg member of Odd Team Out, took especially long to develop and went through many changes before becoming what he is now.

First, let me show you the changes made between the original game I played with my sister, and the written book.

After two spy girls (Carmen Cortez and Gerti Giggles) mess up on their mission, they are put in two different teams with cartoon edition autobots and dogs.

Team one (mine), was made up of Carmen, G1 Autobot Ironhide and a small Golden Retriever named Buddy. 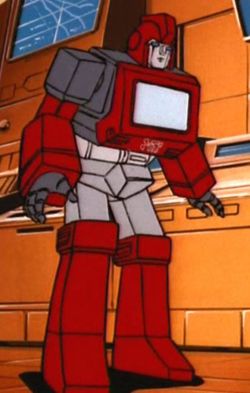 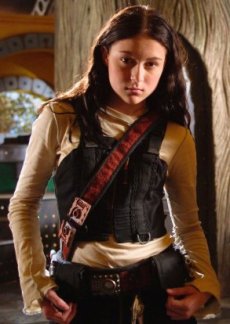 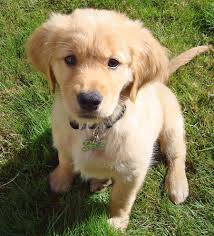 Team Two (my sister’s), was Gerti, G1 Autobot Jazz and a Chihuahua whose name escapes me, seeing as it changed so often. 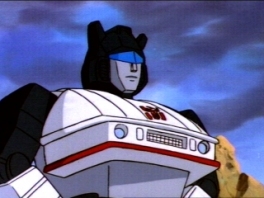 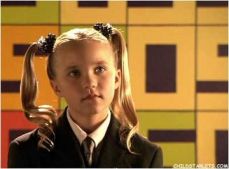 The plot of the story was them going on missions and learning to work together. A later addition was that the girls had unknowingly taken Autobot engergon sources and were wearing them as necklaces. Therefore Megatron and the Decepticons tirelessly pursued and attacked both teams, attempting to take the sources.

It was a really fun game, and the plot twists and evil plans are too many for me to recount here. We both enjoyed alternately being our favorite Autobots and spy kids, but when I wanted to write down the story, I knew it wouldn’t work.

Carmen being Carmen wasn’t important to the story at all, so a different spy was birthed. Jean McStone (a play off myself) was given the Metalicon and I had my main character in no time at all.

I didn’t know very much about Golden Retrievers, so Buddy changed to Gilligan, an Irish Wolfhound and the family dog at the time.

Now the rest of my team was created, but what to do with Ironhide? Well, I had to invent a different robot. We’d just watched Astro Boy and I was reading the comic books, so something along those lines was what I was thinking.

But the aspect that chased me away from that was the Christian element that I wanted to add to my story. Robots don’t have souls, so having a Christian girl and a doomed, soulless robot didn’t make for a happy book.

I settled for cyborg at that point. I drew a picture of the team, giving my cyborg boy a cool robot suit, a serious face and spiky, black hair.

I doodled him constantly, though he remained serious, nameless and flat. I loved his robot suit, though, and continued only drawing him. The character didn’t develop at all for a long time, though I came up with a lot of fun things for Jean and Gilligan to do.

I was particularly sad about the loss of Ironhide in my story one day and had an idea. Ironhide’s most distinctive feature was his helmet . . . so what if I drew my cyborg in that helmet.

I grabbed my sketchpad, drew the familiar suit and added the serious face and topped it off with the new helmet, making a few sprouts of his black hair poke out around the edges.

I loved it, promptly named him Cobalt Winter and began writing. His serious demeanor quickly dropped, a sarcastic, joking one taking its place.

And, to this day, Cobalt remains the easiest one of my characters to write about.

Somewhere along the way, I realized a similarity to my story team and the team in Tintin.

There’s an adventurous hero (Tintin/Jean), a dog (Snowy/Gilligan) and a funny guy in blue(Captain Haddock/Cobalt). After this, Cobalt picked up a bit more of a sense of humor, got a bigger vocabulary and his squad became seafaring.

There are a few more details, so, a brief catalog of what Cobalt keeps from his counterparts. 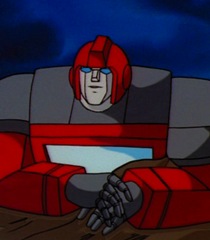 Ability to shoot liquid nitrogen out of his fingertips 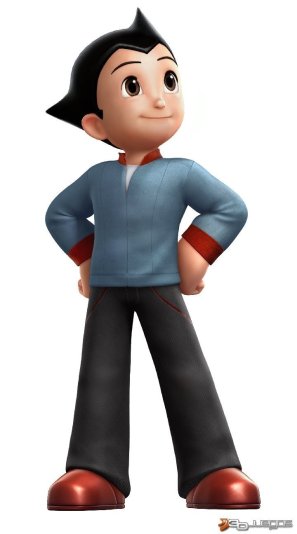 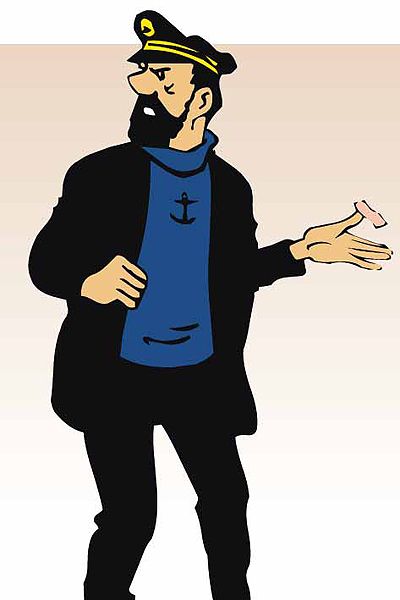 So, hope you enjoyed a breakdown of my loveable mishmash of a character!

If you want to read more about Cobalt or any of his teammates, here are some of the stories he stars in: