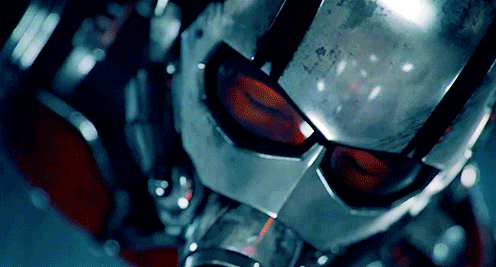 So, I saw Ant-Man last week and liked it. Quite a lot, actually. It was really well done, funny and pretty much everyone was able to watch it.

Anyway, I had the idea to write this thing. Sort of a deleted scene, if you will. It’s set right in the middle of the first act, so it’s pretty movie-setting-dependent.

Not sure what counts as spoilers this far into the movie… I’m not ruining the ending or anything, but this is sort of the launching point for Scott as Ant-Man.

This is me filling in the blackout moment between when he fell off Antony and when he wakes up at Dr. Pym’s house.

Hope Pym walked up the steps to her father’s house, holding her phone tightly in one hand.

I hope nothing is wrong . . . She looked back down at the most recent text informing her to come to his house as fast as she could. And sent in the wee hours of the morning as well. A little worrying to say the least.

Slowly, Hope stuck in her key, turned it and opened the door. No sounds of violence sounded from inside as she stepped in. That was a start. But, what had Hank been talking about then? The possibilities scrolled through her mind, none of them seeming important enough to extract that urgency.

She pulled off her coat and hung it on the hook by the door, frowning. Where’s Dad, anyway? The rooms were all lit, but the silence that had at first been comforting when she had arrived was now becoming a little unnerving. Hope took a few steps down the hall towards her dad’s study, listening for any little sound.

Were those footstep noises? she stopped to make sure they weren’t her own. Yep, those were definitely Hank’s and they were in the study too. She stopped tiptoeing and speeded up her pace, already formulating the questions for him in her mind.

The door was ajar, letting out a little lamplight onto the hallway carpet. Hope stepped up to it and raised her hand to push it the rest of the way open, but hesitated at the sound of her father’s low voice.

“Hang on, Scott . . .” there was an edge of urgency in his voice. The footstep noises stopped and she heard a muffled slap of a hand on wood.

Scott? Hope poked her head through the door, Surely not the Scott I’m thinking of . . .

Hank stood by the window with his hands on the sill, his head bent in concentration. No one else was to be seen in the large room.

Hope relaxed a little and stepped in, softly closing the door behind her. It could have just been a phone conversation. Scott Lang was in prison and the plan including him was certainly not able to continue.

She quietly walked towards her father, tipping her head to try and get a look at his face. “Hank?”

There was no response. She was close enough to see his face now. His eyes were closed in concentration and his lips set in a firm line. His hands still tightly clenched the windowsill.

He looked up this time, “Oh, good. You’re here. You got my message?”

“Yes, though it did raise quite a few questions,” Hope put her hands on her hips, “What’s going on?”

“Does anyone know you’re here?” Hank asked, looking back out the window a straightening up.

He didn’t answer and kept looking out the window, his mind obviously on something else. His blue eyes crinkled at the corners as he squinted out into the night. Hope couldn’t tell if he was looking for something or just concentrating.

Then she noticed a little white thing hooked around his ear and a tiny microphone on the edge of his jacket. Her stomach dropped.

“Please don’t be doing what I think you’re doing.”

“Hope, please . . .” he closed his eyes again and put one hand over the earpiece. “Hold on for a minute.”

Hope clenched her fists, “Scott Lang is a criminal. A criminal who knows absolutely nothing about the technology I’ve spent my whole life around. He’s in prison and we don’t have all the time in the world we’d need to wait around to train him when he gets out. Just let me take the suit. Please.”

Hank didn’t answer, but he opened his eyes and swiftly crossed the room to the door, “Come with me.” He swung it open and stepped into the hall with Hope reluctantly following. Taking long strides, he walked purposefully to the front door, waited a few seconds and then opened that too, letting in a cold swoosh of night air.

Father and daughter stood there, looking out into the night and waiting for less than a minute. There was a soft buzzing sound and a tiny group of four winged ants came flying in the door.

Hank closed it behind them and the ants made a landing on the hallway rug.

Two of the ants scurried away, but the others stayed next to a tiny object that Hope recognized with frustration. It was the Ant Man suit.

There was a whooshing noise and Hope’s hair was blown back as the suit returned to full size. The man inside it was still, his head lolled off to one side and closed eyes showing through the red lenses.

Hank dropped to his knees next to the man with a glance up at his daughter, “I’ll have you know this didn’t go exactly as planned.” He gently pulled the helmet off, revealing exactly the face she didn’t want to see.

Scott Lang. The criminal. Her replacement.

She opened her mouth, a million different angry sentences forming in her mind, but the questions came out first.

“I got him out of prison. He passed out and fell off the ant, and he’s going to be the next Ant Man,” Hank set the helmet down on the floor next to him, “Anything else?”

Hope stared at her father, “You broke him out of prison? Hank, he’s a thief! We don’t need the police on our backs as well as everything else!” Her outburst faded away into silence without a reaction. She took a deep breath and put her hands on her hips as she observed the unconscious figure on the carpet.

“And how well do you really think he’ll do as “Ant Man” if this is how his first run ended?” scorn dripped from her tone.

Hank gave Scott a quick pat on the cheek, getting no response. “That part was sort of my fault,” he corrected. “I should have gone a little bit more slow and easy for a first run. He’ll be better next time.”

Hope looked away, biting her lip.

“Hope,” Hank’s voice was stern, “I can’t let you have the suit and he is the only other option. Can you please just work with me on this?”

Closing her eyes, Hope let out her breath in resignation, “Fine. For now.”

“Thank you,” his voice had a sad note in it at her response, but it quickly disappeared. “Give me a hand here?”

Putting Scott’s arms over their shoulders, they lifted together and half carried, half dragged him over to the spare bedroom. He was heaved up onto the mattress and Hope went to find some bedding.

When she came back, the suit was nowhere to be seen and Scott was dressed in what looked like a set of her father’s old pajamas. Hank was calmly pulling back one of the curtains to the early morning grey outside.

Hope scowled at his back as she threw the blankets untidily over the bed. He just doesn’t trust me anywhere near that suit.

“Anything else, Dr. Pym?” she asked icily. She enjoyed seeing him tense at the formality of her address.

“I think he’ll be fine,” Hank answered, “Thanks for your help, Hope.”

Hope gave a nod, even though he couldn’t see and left the room empty of the expected “you’re welcome”.

Hank turned around with his mouth open as if he was going to say something, but he quickly closed it and tightened his lips back into a line. His sad, careworn gaze didn’t leave Hope.

She averted her eyes and looked down at Scott. “I’ll watch him.”

There was quiet for a second. “You think he needs it?”

“Yes. He’s a criminal,” Hope stood stubbornly by the bed. “I’m not taking any chances on being robbed. Again.”

Well, it was fun to write, if nothing else. 🙂

Have you seen Ant Man? What did you think?

Please comment! I’d love to hear if you liked the story. 🙂

18 thoughts on “The Replacement: An Ant-Man FanFic”