I was taking a few pictures while making this. You know… in case I want to do a recipe post. (Not all documented recipes turn out well)

But when everyone starts crowding around the oven before it’s done moaning that apple crisp is their favorite, I think that’s generally a good sign.

Plus, it seems an appropriately warm, home-y thing to eat when March is so set on coming in like a lion around here.

So, crisp for everyone today! 🙂

juice and zest of one lemon 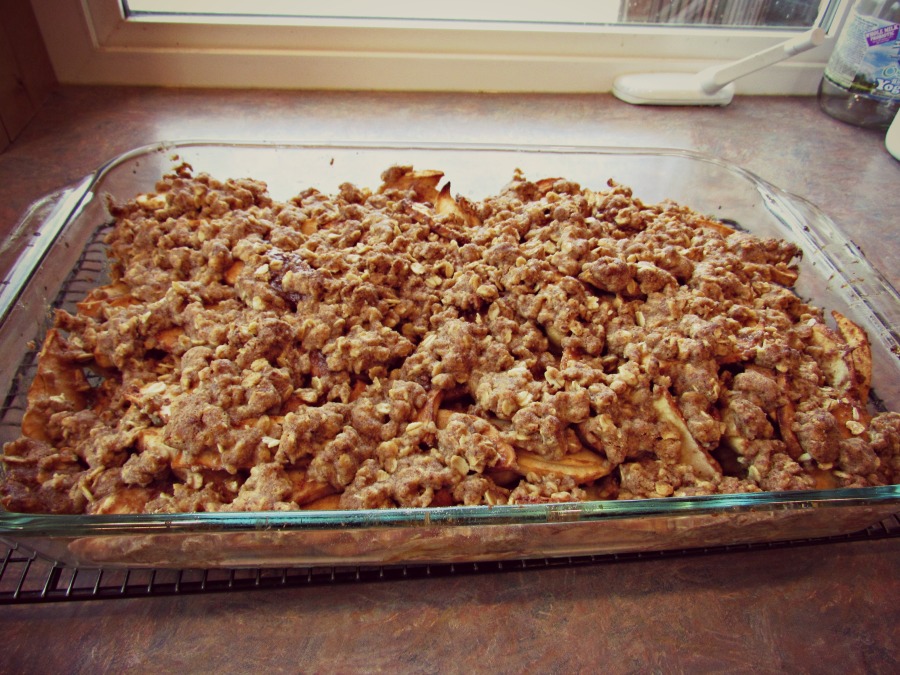 Feel more than free to cut that recipe in half. This is desert/breakfast/second breakfast for everyone in our ten person family, so it’s a kinda big. 😛

Tell me how the recipe turns out if you make it! 🙂

I forgot to say so until after I’d posted it.