So, today I’m hopping on board with Nadine Brandes‘s book tour/thunderclap thing for the release of her new book, A Time To Rise. And I will be reviewing A Time To Die. I’ve waited for way to long to read this book. (Plus, Nadine is awesome. ❤ I loved her talk at the OYAN workshop in June AND got to sit with her at lunch. *bounce* :D) 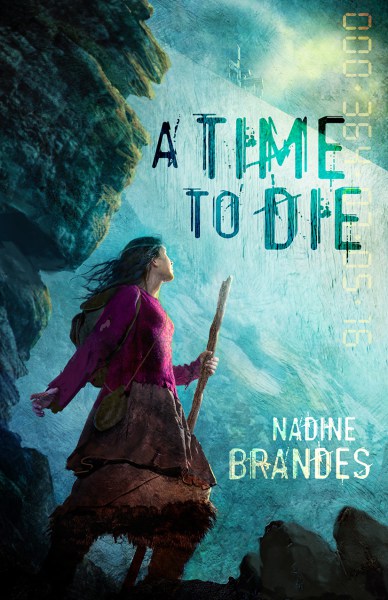 A Time to Die: Book Review

How would you live if you knew the day you’d die? Parvin Blackwater believes she has wasted her life. At only seventeen, she has one year left according to the Clock by her bedside. In a last-ditch effort to make a difference, she tries to rescue Radicals from the government’s crooked justice system. But when the authorities find out about her illegal activity, they cast her through the Wall — her people’s death sentence. What she finds on the other side about the world, about eternity, and about herself changes Parvin forever and might just save her people. But her clock is running out.

I don’t usually read dystopian stuff. I kind of get the impression that it’s all just “everything’s gone horrible in the world and now everyone’s killing each other” and that would get old fast.

But this book actually worked a cool concept, which I loved. ❤

And linky things if you want to find A Time To Die in other places.

A Time to Die

Plus, a cool countdown timer for the last book! 😀

8 thoughts on “A Time To Die: Book Review”