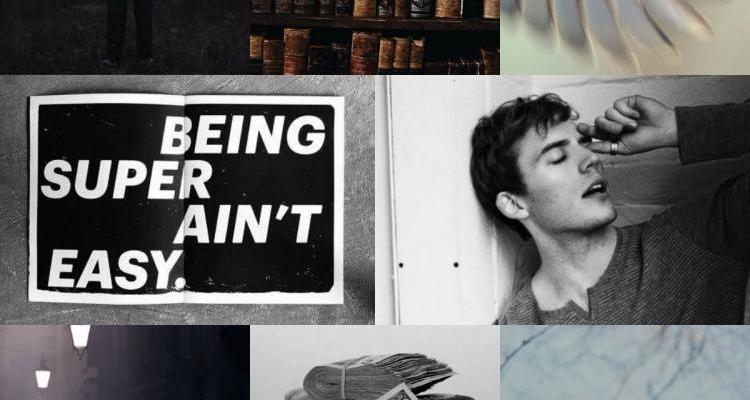 Today, we all get a peek at what’s been keeping me absent. It will shock and amaze you, I’m sure.

Which isn’t particularly surprising, since it’s keeping a lot of people absent.

But a book, called “The Powers That Be” is my project and we’ll be talking about that today, since I’m linking up with Beautiful Books.

And, le synopsis that will reveal everything.

Over a year later, and for Wolfgang Dankworth, redeeming a villainous reputation turns out to be a lot harder than he expected. The adulation of the public over his one heroic move has long since worn off. And finding a job is only punching up the fact that, to any respectable business, he’s about as welcome as a skunk at an outdoor wedding.

Aside from the Fernsbys and the remnants of his old gang, it doesn’t seem like he’s even welcome anywhere.

But then a letter shows up in the mail, inviting him to a secret event. A big move they’re about to make. Something to bring him up higher in society. An organization he joined the last year, named Silverwing.

The SPI’s Hero Project branch is history. It’s been over a year since Mansley was revealed to be corrupt and all the former superheroes have gone back to their normal lives.

There are actually quite a few SPI agents who would say otherwise. Including Dallas Knight.

Everything Mansley did couldn’t have just been the work of one man. It goes deeper, and Dallas knows it. There’s an organization behind this. Only he can’t find any evidence. No connections that haven’t been investigated already. No other members.

But it turns out, he actually knows another member of the organization.

Aaand here we go, into the wild blue yonder of the Questions for today.

But apart from that I’m liking the story and getting wayyyy a lot of words done so that’s awesome.

Working a dual-POV narration at the moment, so you guys get two for the price of one.

It wasn’t until I’d already taken my coat off that I noticed the smudge of blood on my tie.

But then Wolfgang pops in the next chapter and he needs a bit of spotlight.

While they’re admittedly not fun for your average citizen, just remember that they’re always a double helping of not-fun for people trying to rebuild a life and a reputation on top of that.

Bad News is gonna narrate a bit too but we haven’t gotten to him yet.

Part of me is going “How do I ever choose?? I love everyone!”

And I do. Really, I love everyone.

But I’m gonna have to say Wolfgang. He’s just the best to write and most enjoyable to work with, despite any swearing and moral questionability. I love the other characters, but after writing Wolfgang for so long, he cuts in line in front of everyone else and takes the cake for me, I’m sorry.

Just… that I get to work more with these characters. And it’s a novel. And I’m writing it. (I’m hard to please, I know.)

Also I’m looking forward to some things later on. -cackles-

Well, once I mixed up between someone shaking their head and rolling their eyes and said they shook their eyes. Which is a bit disturbing.

It depends on the book, but usually I like the middle. That’s where all the exciting bulk of the story is and all the funny scenes and I get to goof off. Right now the beginning is somewhat depressing and I’m stressed about getting the end right, so…. yeah. Middle’s looking great right about now.

No, I do not snack. I am either snacking or writing and food tends to fall by the wayside during NaNoWriMo.

Heck yes I listen to music. Have my extensive soundtrack.

Generally, I write best in the evening since I’ve had ideas rattling around in my head all day. I write best when I’m technically supposed to be in bed and sleeping.

My writing space is anywhere I have the laptop and a few minutes to write, I’m not picky with what I get. (Though someday…. I will have a lovely little writing beanbag in my room and I will write there. -stares wistfully into the distance-)

Well. Going off the front that I’m the oldest of nine kids and have a small fandom living with me?

I keep them update on what’s going on and read them stuff. Plus there’s OYAN alpha readers.

So yeah. No Batman-ing here.

There’s the more pure motive of “I like this story and want to finish it”.

And then there’s the fact that NaNo is super competitive and I thrive on crushing competition.

Not that I consider myself particularly wise on the topic, but I’ll give it a shot.

Hope you guys enjoyed learning some stuff about my book!

So how’s nano going for you? What’s your book about?

Have a great Sunday, guys. ❤

25 thoughts on “Beautiful Books: The Powers That Be”