Anyway. July was a decently full month, so without further ado. -gestures to post-

So this month was Camp Nanowrimo, aaand the student run OYAN Olympics on the OYAN+ forum, so I got a lot of random writing things done.

A good amount of backstory and character drabbles got done this month. A little of everything, some of Say Uncle, some of Long Lost, and a little of the survival AU with Wolfgang. I edited a little bit of Say Uncle, trying to prep it for publishing sorta soon. I got some more notes on what I need to edit in Long Lost + a few critiques.

I had a few friends throwing themselves much more into the whole Camp Nano thing more than me, plus my sister editing for the novel contest, so I got to help out with all that stuff and it was pretty fun. ❤

Aaand, best for last, I started writing my third Blank Mastermind book: Golden Boy! I got a prologue and two chapters done. 😀

Since you guys are here and reading, you get an exclusive peek.

And a few choice snippets. 🙂

The first couple paragraphs in my flash-forward prologue:

For once in my life, I really hated the sight of my own reflection.

The last time I’d bothered to look in a mirror, that mirror was in my own room, and the guy looking back at me had looked like a million bucks. He looked confident, charming… generally like a nice guy.

And looking at my reflection in the one-way mirror across from me, with my hands cuffed in my lap, slumped back against the cold metal of the chair, I didn’t feel like any of those things.

I didn’t care about the bruises or the fact that my hair was a mess. One of my best suits was absolutely ruined with all the dirt and blood on it. That would have driven me absolutely nuts any other time. And now I barely even thought about it.

I felt like what I’d probably been for years: a bad guy.

and a bit of setting showing in chapter 2:

I squinted at it for a second, then looked over at Dallas. “Are we stopping for cookies, or are you just not as refined as I thought you were?”

Dallas’s expression didn’t change, but he let out a small breath in a half sigh. “We’re undercover. Working on getting the front… up and running, still.” He moved over to the door and took out his keys to let us in.

A cowbell clanked above the door as we stepped inside, lending even more to the air of grandeur hanging around this whole place.

The inside smelled very faintly like cookies, but mostly like sawdust and new paint. Distant voices echoed from the back room. Glass display case counters lined up by one wall, shelving painted a bright, sunflower yellow standing tall behind it. A few antique looking tables and other décor pieces were around the room, looking altogether very cutesy.

I spun around in a slow circle, raising my eyebrows. I snapped my fingers and grinned at Dallas. “I already have an idea. We poison this guy’s cake and take his money. Problem solved.”

Dallas pressed his lips together and gave the wall a look. He stood there for a second, then nodded towards the back room where the voices were coming from. “This way.”

So yeah. Franklin’s the main character of this one and he’s working with Dallas and Kaity, so that’s fun. 😀 I’m looking forward to writing more of it, and hopefully posting it on here when I have a better idea of my plot.

So, as far as new bands go, I got turned onto The Struts by a friend, and they have a few fun songs. And then a bunch of other random songs that I either dug up from our old song banks or got recommended to me. Jeremy Renner actually came out with a few really good songs that I’m loving. Andy Grammer came out with new stuff. And NF (who I don’t usually listen to) actually surprised me by making a song I really like. xD

I’ve also been appreciating a few soundtracks for writing purposes. Also relistening to Dear Evan Hansen because my friend sent me a bootleg video of it and it’s so sad and good.

Books: Within These Lines by Stephanie Morrill (one of my prizes brought back from summer workshop! This was super sweet and I loved it, even though I’m not a huge romance story person.)
The Boy Who Steals Houses by CG Drews (our very own Paperfury, folks! I loved this book so, so much and read through it in less than a day. So much emotion and a very gripping narrative voice. </3 definitely goes in the PG-13 category as far as recommendations go because swears and intense stuff. But 10/10 recommend.)
Going Postal by Terry Pratchet (I was incredibly confused and lost as to what this book world even was for the first third or so of the book, and the synopsis and prologues provided no aid. But in the end I really enjoyed it. Hilarious and very clever writing. Just needed a better intro in my opinion. xD)
Lusitania by Greg King and Penny Wilson (historical research! Don’t mind me, just doing research for what I need to fix in my Long Lost rewrite and having fun while I’m at it.)
In a Sunburned Country by Bill Bryson (still working through this one but it’s hilarious so far.)
And last in the books category, my mom has been reaing the Narnia books out loud! Last time I heard them I was like 6 or something and I’m really enjoying all the old memories this is digging up and appreciating literary quality a lot more this time around. xD

Movies: War Horse. There was like little to no plot and way too much drama. Though Tom Hiddleston and Benedict Cumberbatch were appreciated in their brief appearance.
Spiderman: Far From Home. Review HERE, but I really enjoyed. ❤
The Hobbit: The Desolation of Smaug. I wasn’t expecting great things, but that Smaug and Bilbo scene was preeeetty sweet and I do appreciate more Bard backstory.
Wreck-It Ralph 2: I don’t think I’ve ever hated a sequel more than this one and I could go on all day. I’ll spare you all for now.
Frequency. NOW THIS IS A GOOD MOVIE, PEOPLE.  Review definitely in the works for this one, but wow this was high quality plot content right here. Go watch it.
They Shall Not Grow Old. Depressing as heck, but very interesting, engaging and well put-together. (Also I got good research notes for a certain collaborative novel I’m gonna be writing with a friend in the near future :D)

Shows: White Collar. Gave this one a try early on in the month. Didn’t continue with the family partly because we were all still spoiled from Leverage, but it was still pretty good. xD

Psych. Absolutely hilarious, even if a bit formulaic. -thumbs up-

Agents of SHIELD. This plot is a complete and utter fruit salad of unconnected plot threads, but I’m actually liking it a lot more now than when the season first started coming out? I have more thoughts but we’ll see how the season finale goes this week. -nervousness-

Doctor Who. Taking advantage of amazon prime privileges I mooched for shipping on a few other things, and watching a few episodes that were too scratched to watch on library discs back in the day when we were watching Ten’s seasons. And I appreciated them a lot and revived my affection for Doctor Who so that was nice. ❤

Sanders Sides. Don’t know if this exactly counts as a show? But it’s a fun thing on youtube I got turned onto by a few OYANers and it’s hilarious and has wonderful characters and is very fun. I appreciate it a lot.

I made churros finally! They turned out just a little flat, but my siblings loved them. xD

And I also made nectarine golden cake which was amazing. ❤ But I didn’t get pictures because my beautiful peach-fan pattern sunk into the cake and it looked boring. -sadness- 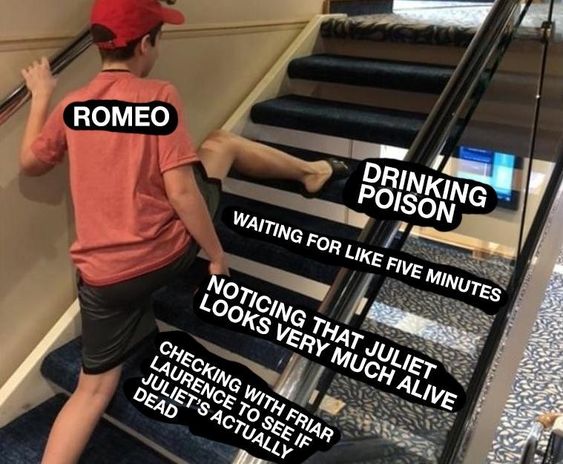 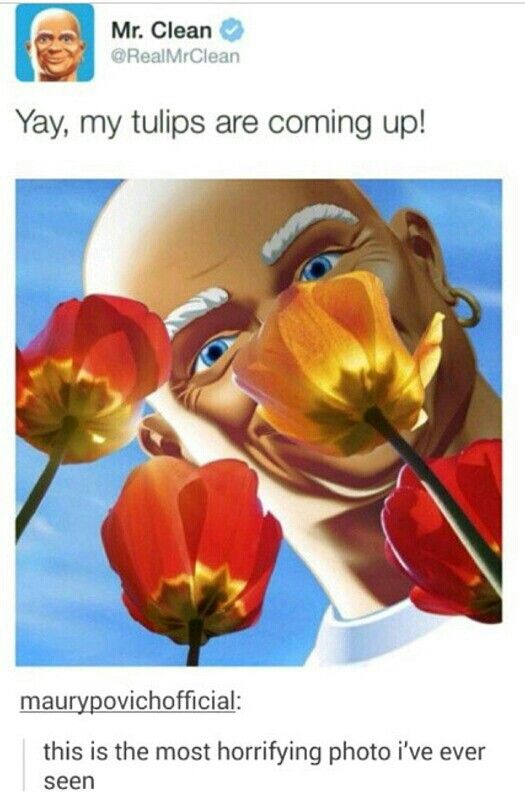 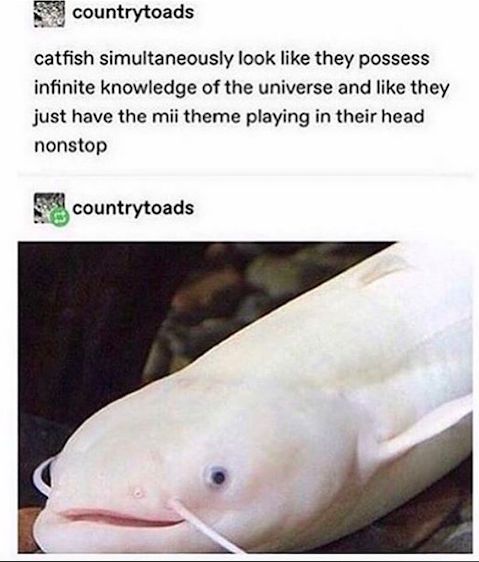 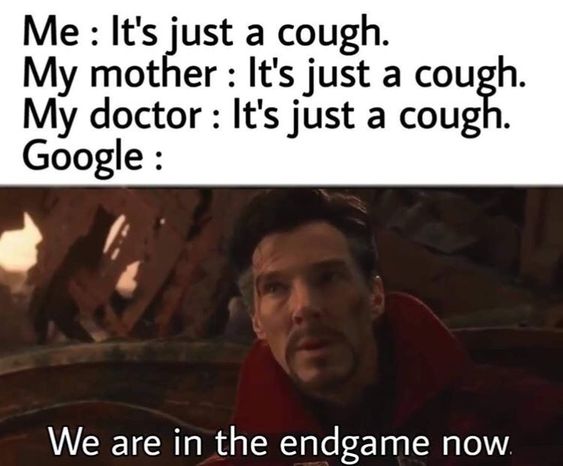 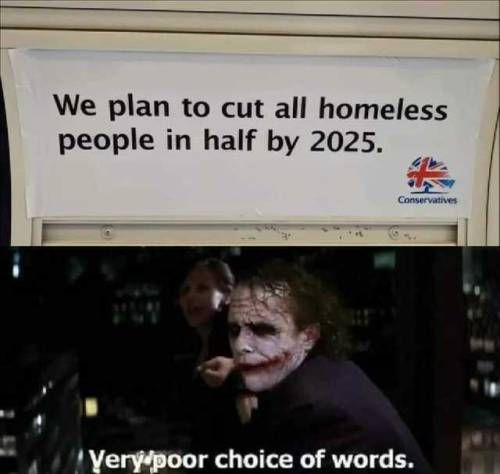 Went to the Royals game with my dad on the fourth! It rained buckets and we got very wet and were delayed for a couple hours in starting. So we got to wander and explore the stadium and gawk at fifteen-dollar hotdogs. But yeah, it was a fun time and I’m glad we went. ❤

Veeery hot weather. It has been very sunny and very sweaty and I may or may not have foolishly gone running outside and given myself heat exhaustion one day. Gotta admit I’m not gonna be mad when the hot summer weather is over. xD

A few visits to downtown and exploring the local art museum. (I now know the whole layout of the place by heart and am very happy with myself because it’s a huge museum.)

Dogsitting! Lots of dogsitting happened. My career as a dog-caretaker is looking up and I’m very happy about that. ❤ I applied to a few other jobs this month but… still waiting for anything to happen on that. -shrug-

My brother and I got signed on for a cool temporary job to do together, so that should be fun.

Aaand as far as I know, there will be more dogsitting. And definitely more writing of Golden Boy, hopefully figuring out more plot and stuff there.

Other than that, we shall see what the month brings!

How’s your summer going? Do anything fun this last month? Talk to me in the comments!