So yeah, let’s get into how my March went. xD

I finally got a chapter done that was giving me a lot of trouble, and I am now out of the section of adding the middle act to Time Out of Mind yayyyy. ❤

Also I think I got one other chapter done earlier in the month. Possibly. But what even is time anymore.

I also did another Survival 3.0 drabble with some friends because we randomly decided to pick that up again and start throwing drabbles back and forth at each other.

More AJR was listened to, because why not, and I’m actually getting more of a feel for their sound. Wouldn’t say they’re exactly my thing? Or my usual thing, anyway. xD but I can still appreciate. They have some surprisingly deep lyrics.

My brother found a Scottish band called Skipinnish that I’ve been listening to some of, and appreciating how they’re basically the mix of Proclaimers and High Kings

AND KALEO CAME OUT WITH A NEW SINGLE. And we get to see the cover for their new albummm 😀

I also listened to Newsies for the first time, because the lovely rebekahelle turned me onto an ASL production that was streaming. And it was incredible, I loved it.

books: I read, and reviewed, the Doomsday Book by Connie Willis. Which was pretty interesting, but also comically bad timing on my part. xD

I finally finished A Tale of Two Cities! The last section moved way faster for me. And I really loved it. ❤

Because I was very intrigued by the concept, I finally picked up The Time Traveler’s Wife. Which…. I mean, I highly recommend the prologue. That’s… about it. I really wish I never even tried reading this book, I have a lot of problems.

A Narrative of the Life of Fredrick Douglass, an American Slave. Really amazing and engaging, and surprisingly short. Even if it is some heavy stuff and I wouldn’t recommend to younger audiences, it’s very important as a book.

The Biggest Little Farm. Because gardening things. I really loved how centric dogs were to this, and there were a lot of cool shots. Nice working out just all the nature stuff that works together as well. ❤

Raiders of the Lost Ark. I mean… again. Because why not.

Amazing Grace. Another rewatch. But it’s so darn encouraging and such a great movie, I don’t feel like I need to justify anything.

Bourne Identity. This one was actually a first time watch (all the way through chronologically, at least. xD) for me. And my birthday movie pick. It was a really cool story and I liked it. -nod- ❤

About Time. This right here was my redemption for the time traveler’s wife and what a bomb that was. I mean I had to buzz a couple scenes, but this was incredible.

Knives Out. Rewatch with the family because it’s out on iTunes and stuff now. Even more cleverly done on the rewatch, and still an A+ movie. ❤

The Chosen. I’ll admit, I had pretty low expectations for this, given the… general quality of christian media + just how many times this idea of doing Christ’s life had been done over. BUT. I stand extremely corrected, this show was incredible. Really beautifully filmed, and the writing was very creative and thought out and engaging. I’d highly recommend checking this one out. (Possibly review to come if you guys are interested?)

Doctor Who. It’s been forever. But I finally picked up the 12th Doctor, because I grabbed season 9 before our library closed, only intending to watch one episode that had a deaf character. And I ended up watching more and enjoying it. xD At least this is further along in 12’s timeline, so he seems to be… a little more engaging to me than he was in season 8. (I dropped off the train after The Robot Of Sherwood last year, oops)

More rewatching happened, mainly of Timeless, Leverage and Lost. You guys have heard me talk about these enough so I’ll just leave it at that. xD

Bon Appetit. I think this counts as a show. It better, because I’ve been watching a heck ton of it. Mostly “It’s Alive with Brad” but just a lot in general. They’re so happy and fun to watch, they cheer me up. ❤

I actually cooked a ton this month! and did some cool new experimental things, so hey!

I made hamentaschen for purim, the usual rhubarb type, and it was a hit as usual. ❤

I made some browned-butter-rosemary-pepper soda bread for St Patrick’s day, and it turned out… a little dry, but good. xD

And then I resubscribed to the Bon Appetit magazine after a very long time. So that led to a whole new wave of creative cooked goodies. Including buckwheat chocolate chip cookies, focaccia bread, and a chickpea/sweet potato/fennel/yogurt thing. All of them were huge hits, so I definitely plan on trying out more recipes from the magazines. 😀

(I’m aware that there are a ton of coronavirus/end of the world memes going around and some of them are quite funny. But in the spirit of finding /other/ funny things I’m just doing memes not on that. xD) 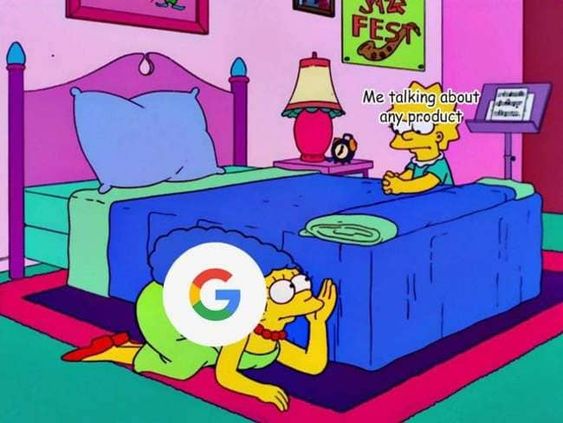 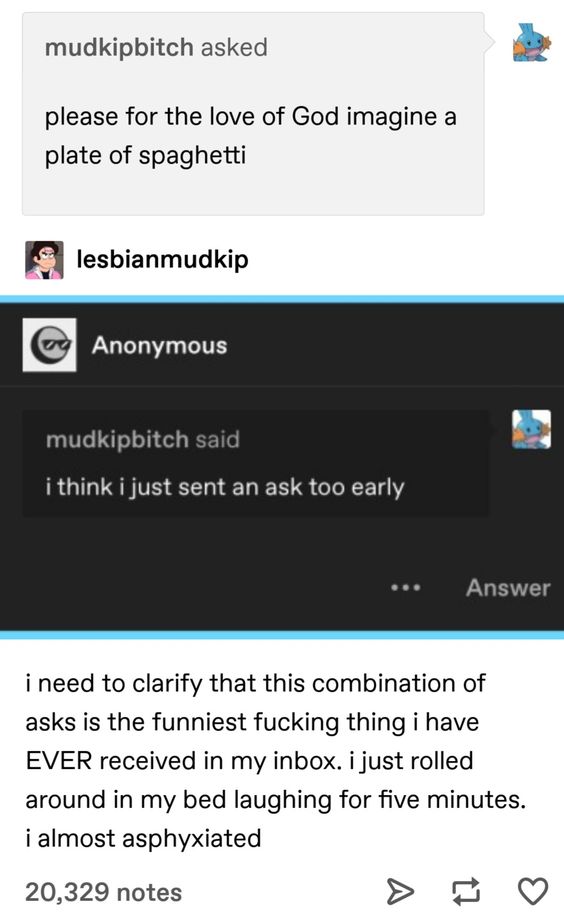 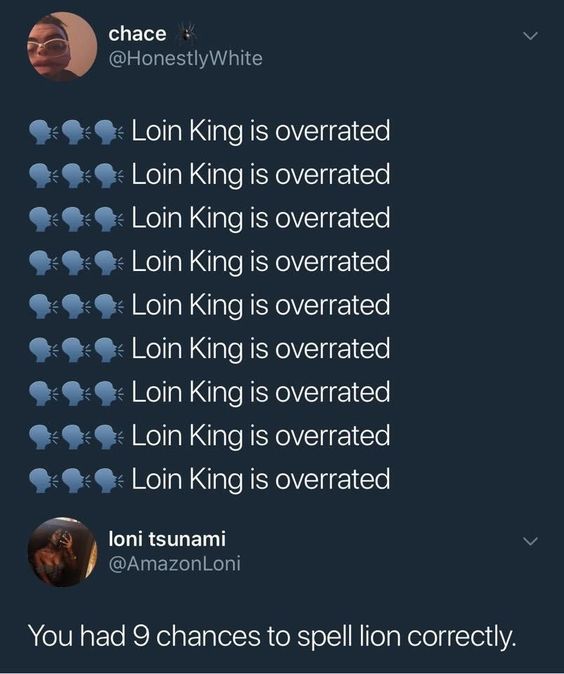 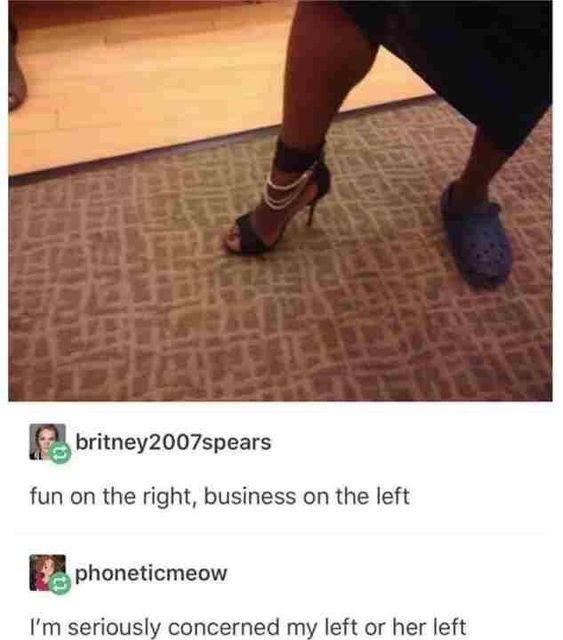 Well, first we can address the elephant in the room and confirm that yeah, covid-19 basically cancelled all but a few of the plans I had for this month. It’s been absolutely ridiculous on that front and I’m more ready to sail off into the middle of the ocean than I’ve ever been.

BUT hey stuff other than that still happened.

Purim still happened! We still had people over and did fun stuff for the holiday. ❤

My sister had a good birthday of hopping around to different parks and almost getting blown away in the wind.

And I had a relatively tame 21st birthday at home that involved Bourne, Bon Appetit, and booze. (Just an Irish coffee, actually. I just had to go with the alliteration.

My family’s starting a garden!  A big ol’ garden that takes up a very large amount of our small backyard, and we’re still working on getting all the dirt down. I’m very sore now, I’ve been shoveling a lot.

I also dyed my hair blue!

Because I’m not at work anymore right now, why not live wildly at home.

The only thing I feel safe saying at this moment, with my shattered sense of control over my own life, is QUARANTINE.

I have hopes of finishing my novel edits over this month, as well as… possibly doing some nautical studies, and continuing through a few video classes of ASL.

We’ll see how it goes.

SO how did your year of March go? You holding up alright? Any interesting plans for during quarantine?

Love you guys, hang in there. ❤