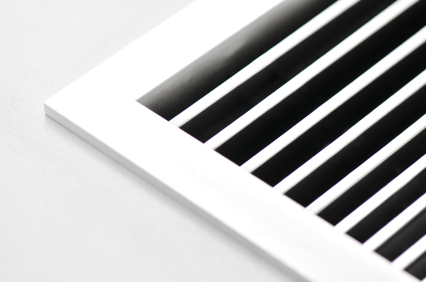 This is the continuation of my Lego Movie-Avengers story.

I’ve been bugged to post more of this, since I’d kind of forgotten about it… despite the sticky note on my dresser.

It’s turning out a little longer than I thought, so it will be posted in three parts. Don’t worry, part 3 will come in quicker succession than part 2 has. 😛

A breeze whispered up through the cold, metal abyss and Natasha shivered. She glanced slightly over the edge, but then backed away quickly as she started to lose her grip.

“Clint?” Natasha called up to the grating above her. There was no answer but her own echo. With a shuddering sigh, she buried her head in her arms and tried to think.

Let’s see . . . I have no weapons, no tools and I’m in a slick, metal tunnel. I can’t climb up. I don’t want to slide down . . . Panic was starting to set in and Natasha quickly stopped assessing the situation.

Well, at least Clint is getting help.

“Nat? Are you down there?” A voice echoed down the shaft. A weight of worry lifted from Natasha’s chest.

Clint’s voice came back, “I’ve got Stark and Rodgers, as well as a few other people.”

“Just some people who know the place and might be of some help. Any progress on getting up further in the shaft?

“No. It’s slick straight up and down. I’m lucky to have caught in this turn in the pipe. It’s a straight shot down from here. Do you guys have anything to get me out of here?”

Clint turned to the others, “Do we? I’m a little low on ideas, seeing as my arrows won’t shoot. They’re all stuck to my bow.” Everyone thought for a moment.

“I could probably get something to blow the top off this thing if you gave me some time,” Tony said,

“I can jump down there and get her,” Steve volunteered.

Steve shot him a disgusted look, “I meant with a rope.” He turned to Emmet and Wyldstyle, “Is there any good rope here we can use?”

“We have rope,” answered Wyldstyle, “But it’s not that thick. It’s only used for lifting bricks and that sort of thing, so I’m not sure how well it’ll hold a person.”

“Hey, this’ll probably make your trip down a little easier,” Tony called out to Steve as he and Emmet came walking back. Steve shifted the rope on his shoulder.

“Give me the rope and I’ll show you.”

Steve unshouldered the rope and handed it to him. Tony took one end of the rope and threaded it through a hole in a small gadget, then began winding the crank in the side. The rope wound up on a spool in the middle and soon there was just enough left to touch the ground. Ho nodded towards it.

“Well? Strap in, Rodgers. Now I can reel you in after you grab Natasha.”

Steve smiled and grabbed the rope, “Great idea, Stark. Thanks.”

Soon, with Hawkeye’s help, he was securely tied in. He grabbed his shield and walked over to the side.

“Natasha?” He called down. His voice echoed around loudly and came back, smacking his ears.

“I’m still here. Don’t yell so loud, Steve,” came her voice, sounding small and tinny. “Have you guys figured out a plan to get me out of here?”

“I think so. I’m going to jump down with this rope and Tony has a crank to pull us back up.”

“He’d better anchor it to something on the way up. Tony’s not as strong as he thinks he is without his suit.”

Steve turned to look over his shoulder, holding in a smile. Tony rolled his eyes,

“Yeah, yeah. I heard.” He anchored the crank on the ground and packed some bricks around it to hold it tight.

What’s up with all these bricks, anyway? He thought. They’re everywhere.

Steve nodded and turned back to the vent. “I’m coming down,” he said, quieter this time. He took a deep breath, turned around and started rappelling down the metallic siding. Clanging sounds echoed every time he took a step down and the light from above was rapidly disappearing. Gradually, he got the rhythm of it.

Steve’s heart pounded at the sudden break in the rhythm. He clung to the rope,

“Tony? What’s going on?” There was another jolt. Tony’s voice came down, sounding scared.

“Steve, brace yourself. The rope’s giving out.”

Fighting panic, Steve looked down below him. He was less than halfway down and Natasha was still just a speck at the turning point in the tube.

“Natasha, move out of the way!” He barely had time to finish his sentence when there was a snapping sound. The rope went limp and Steve dropped down the tube and out of sight.

His fall was no more than a few seconds and he hit the flat metal surface on his back, knocking his breath out of him. But the flat surface beneath him didn’t last long. Steve started sliding off the curved edge, towards the dark shaft below.

Natasha made a desperate lunge forward and grabbed his arm just as he fell off the edge. Digging in her heels, she pulled at his arm, but her feet slid on the slick metal.

With a clatter, they both tumbled down, reaching out for anything to hold onto but the shaft sidings. There was yelling from up above. The world around them got darker and darker until it finally ended in a crash.

The two small figures lay motionless in the blackness.

All was quiet, except for the knowing whispers of those who had come before them.

Please tell me what you thought! 😉