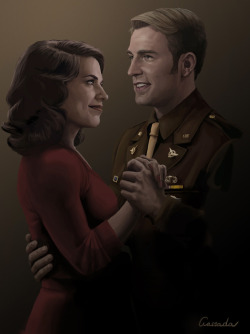 And the fanfiction I promised is here.

It mostly classifies as a Captain America fanfic (filling in something that’s needed to happen for A VERY LONG TIME), but Doctor Who plays quite an important part.

I didn’t know enough about Doctor Who before. And now I do.

And it is now written. All of the feels are on the page and I’m posting it.

So, opening premise: Someone other than Natasha came in to comfort Steve after Peggy’s funeral.

I don’t even know what made me stick around after the funeral.

The people all went home. All possible sympathies were given. The body was gone. Peggy . . . my girl . . . was gone.

The church that had echoed with fond memories and soft sobs was quiet as I stood in the aisle, watching my feet and thinking. Almost feeling for some last thread of her presence. A final moment with her that wasn’t in some soggy graveyard

I’m sure there were a lot of people who had more important things for me to do right then. It didn’t matter. Nothing seemed to matter except what had already been lost.

She wasn’t the Peggy I knew when I found her again. It was like she’d tried to build her life back around the gaping hole that I’d left her. She was a tough gal and did it, but I could still see the hurt.

She never got that dance. I stood her up.

Why was it always the little things that bothered me the most?

I let out my breath and looked up towards where the coffin had sat earlier. Peggy’s gone. I can’t change that now. Swallowing past the catch in my throat, I turned to go.

I didn’t look up most of the way down the aisle. The quiet scuffing of my soles against the carpet whispered in a steady beat that echoed through the church. But right almost to the door, another soft sound interrupted it.

I could guess what she was going to say.

“I’m okay,” I gave her as much of a smile as I could manage at the moment. “She lived a good life.”

I tipped my head a little, “Did you know her?” Her accent was certainly British, though different from Peggy’s.

“Only heard of her,” she replied, then paused for a moment. “Are you Steve Rodgers?”

“Sure am. Captain America and all that.”

She relaxed a little and smiled, holding out her hand, “Nice to meet you, I’m Rose Tyler.”

“Nice to meet you too, Rose.” I shook her hand and gave another kind of forced smile. A name was nice, of course, but I still had no idea who she was outside of that. And honestly, I just felt like going home and being alone for a while.

Rose seemed to pick up on that a little, let go of my hand and motioned for the door, “This won’t take very long. Could you come out with me for just a bit?” her voice was sympathetic and earnest.

Though I couldn’t possibly imagine what she wanted, I gave a shrug, said “Sure” and walked out of the church with her.

As soon as we were outside, she seemed to get really excited and picked up the pace considerably. I jogged along after her as she ducked off the main street into a side alley.

Right along the wall, an old, blue phone booth sat, surrounded by crumpled newspapers and a few old crates. A man in a leather jacket was leaned up against it with his arms folded across his chest, looking at the sky. Rose broke into a run towards him and he turned at the sound of her footsteps.

A grin stretched across his face and he pushed himself off the phone booth, “You got him, I see.” He gave me a friendly wave as I slowed up near them, then turned back to Rose, “We ready to go?”

I caught my breath a little, “Go where?”

“Captain America!” The man grabbed my hand and shook it, still grinning hugely, “Great to meet you. I’m the Doctor. So sorry about Miss Carter. Rose had a thought on how to cheer you up . . . make things a little better for you, you know . . . so, thought we’d stop by.”

The Doctor nodded towards the phone booth, “Well, you’ve already got a suit on, so you’re set. Hop in the Tardis and we’ll be off.”

“Tardis. Come on,” Rose tugged on my hand before hopping through the doors of the phone booth with the Doctor close behind.

I was still catching up on what all new technology had appeared since I’d been on ice, but I was pretty sure I hadn’t heard anything about a “tardis”. Mostly out of curiosity, I stepped forward and cautiously walked through the blue doors . . . which promptly closed behind me.

“Nothing to worry about, Captain.” The Doctor’s cheery voice rang out. It sounded a lot farther away than I thought possible in a small phone booth.

I turned towards him and started backwards violently, slamming my back against the closed door. Out of all the things I thought a “tardis” would be, this was most certainly not on the list. The inside was almost as big as the church we’d just been in from what I could see.

“ . . .bigger on the inside?” I looked over at the Doctor, who was messing with a few dials on the panel in the middle, “I know. Fantastic, isn’t it?”

A loud whirring noise filled the large room and a few parts in the middle started moving. The Doctor grinned up at the large tube in the middle, “Here we go!”

I just watched. I had to many questions to voice coherently at the moment.

Rose looked over at me and moved closer. “Pretty amazing, isn’t it?”

“Time travel!” called the Doctor from the central panel. “And we’re here already.” He pulled down a lever and walked over to Rose and me, becoming suddenly serious.

“Now you realize I can’t keep you here,” he said, locking his eyes with mine, “You’ll need to go back right after, got it?”

The Doctor put a hand to the door, “’Here’ is the Stork Club. Saturday, 8 o’clock, a week after you crashed the plane.”

It felt like someone had dumped ice water over my head. The date. The date with Peggy that I never got to . . .

“Again, this is only temporary,” the Doctor raised his eyebrows, “I’ll have to take you back.”

“But this was just something in the timeline that I convinced him needed righting.” Rose pushed open the door slightly.

All the familiar New York sounds from so long ago drifted in. Old car horns, clattering shoes and people talking and laughing like nothing in the world was wrong, though they knew it was.

My nose and eyes stung and I tried to blink the feeling away. It was unbelievable. I would say it was a dream if I’d had any good ones for the last few years.

Smiling, Rose tipped her head towards the door, “You’d better get going if you don’t want to be late.”

“Yeah,” I nodded and walked slowly to the door. Stopping just before I stepped out, I turned back to the Doctor and Rose, “Hey, thank you.”

Rose ducked, but I could see her smile widen a little more. The Doctor grinned at me and nodded, “Off you go. Walk her home and be right back here.”

I saluted, “Will do, sir.” Then, taking a deep breath, I stepped out through the doors. The Tardis was in an alley, but I recognized the shops across the street. I stepped out onto the sidewalk and looked both ways.

My eyes rested on the entrance. Standing right in front was a girl. My girl. Even prettier than my picture of her. She was wearing a red dress and her hair was down and curled softly over her shoulders and down her back.

I felt like my chest would burst. With an effort, I bit down my smile and kept myself from running as I approached.

Peggy’s head dropped down and I saw her shoulders start to shake a little.

Only a few more steps and I was there. It was barely audible, but I could hear her crying.

I swallowed and leaned forward, tapping her lightly on the shoulder. “Um . . . Peggy?”

She took in the biggest gasp I’ve ever heard and whirled around. Her tearstained eyes widened as she scanned me up and down. “Steve . . .” she choked out, “You . . .”

With a half-sob, half-laugh, she threw her arms around my neck, “You came!”

I held her, my face partly buried in her curls. We stood there like that for a couple of minutes before she let go. Her eyes were a little red, but she was prettier than I’d ever seen her.

Peggy looped her arm through mine as we walked in, “Ready to learn how to dance?”

I kissed her forehead, “I’ve been waiting for a long time.”

Isn’t that picture just the most adorable thing? ❤

Anyway… yeah. Something I’ve wanted to write for a while. 😛

65 thoughts on “The Last Dance”