It’s been a while since I’ve done any tags. Thankfully, Kinsey and Rebekah have remedied that for us and I’ve been tagged for two things. The Eclipse tag, and the Leibster Award.

Let’s jump in, shall we?

Originally the author who got me to write my first pages in a little baby word document? Lois Walfrid Johnson and her Viking Quest books. I was very inspired by those as a small writer.

Though one author who I progressed into trying to emulate and have not ever stopped is Gordon Korman. I love his tone a lot and he continues to inspire me today.

2. Favorite wild animal that would be awesome as a pet.

I mean as long as you don’t have chickens. xD

3. Tell me a good memory from a childhood book 🙂

Pretending I was asleep when mom checked on me at naptime so I could go read more Boxcar Children.

And my three nominees.

Using a weird form of nomination I do sometimes.

I nominate: Someone who’s wearing a plaid shirt. Someone listening to good music right now. And someone who’s looking at my blog for the first time.

Really anyone who wants to. xD

ON TO THE NEXT TAG

The drill for this one is just to answer the eleven questions, ask eleven of my own and nominate eleven peeps.

Simple enough. On to the questions.

1. What color(s) do you associate with yourself?

Blue, definitely. I like wearing navy blue + love the ocean and various blue shades. And sky blue was my absolute favorite crayon as a child. Green, more in the sense of like darker green and army green. My eyes are sort of army green, as is about 2/3 of my wardrobe. xD And sort of just… a deep wood brown? I like brown pretty well.

Sort of grunge? I mean it’s not like I sit pining away for my ideal fashion sense, so the line isn’t too clear between those two. xD I like comfy clothes and plaid shirts and cargo pants and sort of messy-ish but cute things. Generally defined as grunge, so I’ll just say that to both and say I’m living the dream.

3. If you had to describe your life in five songs, what would they be?

Ohhhh this is a good question.

Let’s see. Not definitively, but… let’s see if I can narrow it down to five.

joy by for King & Country

Shake This Feeling by Switchfoot 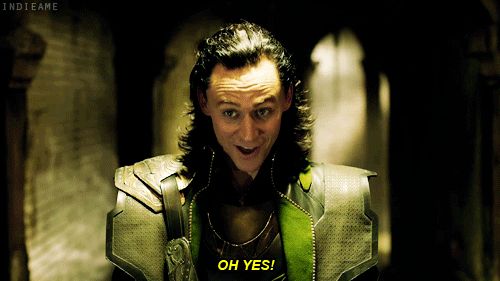 5. What’s your MBTI / Enneagram / Hogwarts House / anything else?

I’m a pretty flexible ISFJ. As in I really don’t feel like I define as an introvert or a judger in the traditional sense, but if we’re going by the function stack, it definitely fits? xD

I was recently poking into Enneagram because of all the lovely things about that drifting around the blogosphere. And after poking around and rejecting a few quiz results I am 9w8.

My Harry Potter knowledge is zilch, but I happened to get caught up and typed by a few friends who know what that actually means, so I’m Hufflepuff. (basically like out of the brave ones, the smart ones, the sneaky ones and the nice ones, I’m one of the nice ones. Okee. ¯\_(ツ)_/¯)

In the official Lunar Chronicles quiz, I’m Carswell Thorne. In a couple of random Agents of SHIELD quizzes, I’m Fitz. In the Avengers quiz, I’m Hawkeye. In another random quiz, I’m 80% British.

I share with my awesome sis, so we’ve got a pretty fun split of styles based on our corners of the room. Hers is very artsy and pink and colorful. Mine… I have one nautical wall (an octopus wall plank thing that I admired for like over a year before actually buying + a bunch of framed pictures that I’ve taken at the ocean back in Washingtom.) And one wall with a bunch of postcards from all over the country.

And a big braidy rug on the floor. Nice windows. A saucer chair. And two dressers.

7. Who is one person who is currently doing what you would like to do with your life?

Bigfoot. Bigfoot is a person too.

Building up a fanbase…. traveling the country and becoming legendary… hiding out in the woods and only being captured in blurry crimeshot photos….

8. What’s a word that you don’t think sounds like its meaning? What does it sound like it should mean?

Crepuscular. I mean, it’s supposed to be like those pretty light rays coming through the clouds. But it sounds like… idk, something to do with… either being crispy or infected. Maybe both.

9. How do you think other people perceive you?

Except for constantly being perceived as much younger.

If I had to take a guess though. Definitely friendly and optimistic. Maybe a little loud sometimes. Someone with strong feelings about characters and stories. Hopefully someone fairly chill and capable.

10. What are (at least) four things you would want to tell your younger self?

One, accept your curly hair sooner. Just treat it nice and it will be nice back.

Three, moving won’t kill you. But enjoy Washington while you’re there.

Four…. -squint- nothing specific, but just giving 2016 me a hug and saying it’ll be okay and enjoy that year more?

11. What is the core reason why you blog? What kind of comments that people leave show you that you’re reaching that goal?

To brighten people’s days. Make people smile and go back into life with a little more to smile about and/or something fun to do. Just hearing that I made people laugh/smile/have a little better day because of my posts is really encouraging. ❤

So if I make just a few of you guys happy, that’s a win.

SO. My questions for the next folks.

Have fun with it you guys!

Hope you guys enjoyed the post and have a good Sunday. 🙂