So, I’m back from my Chanukah week off and have, as I thought, lots to share. It was a really fun time and I’ll just list a few of the little highlights for me.

Well, there were lots of other fun things, but I shall not list them all. On to the pictures!

Chanukah pictures won by a landslide, so I have my favorites from the week here to show. 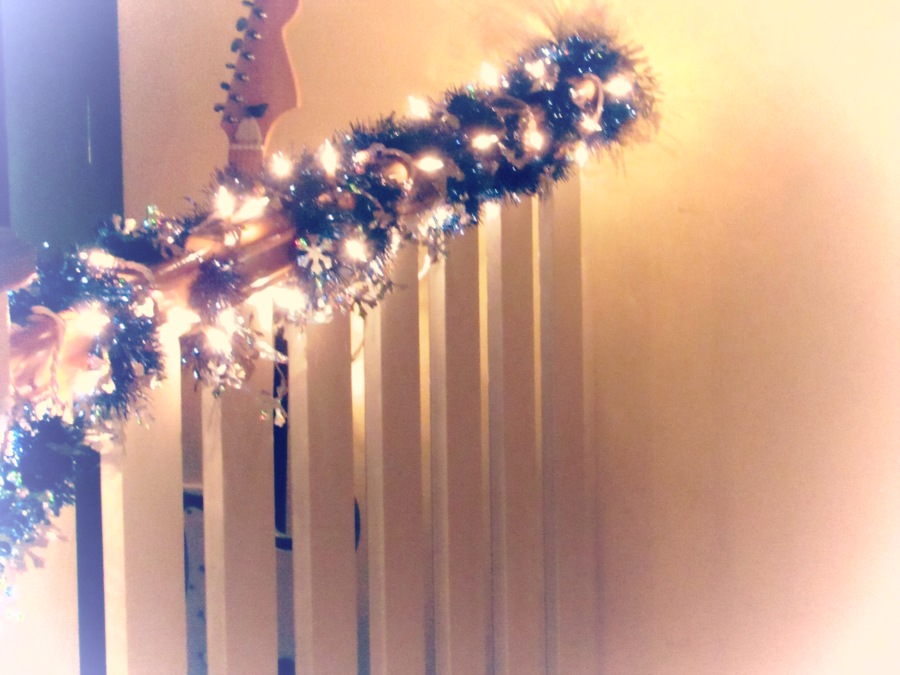 Tinsel and twinkle lights on the rail by the music room. 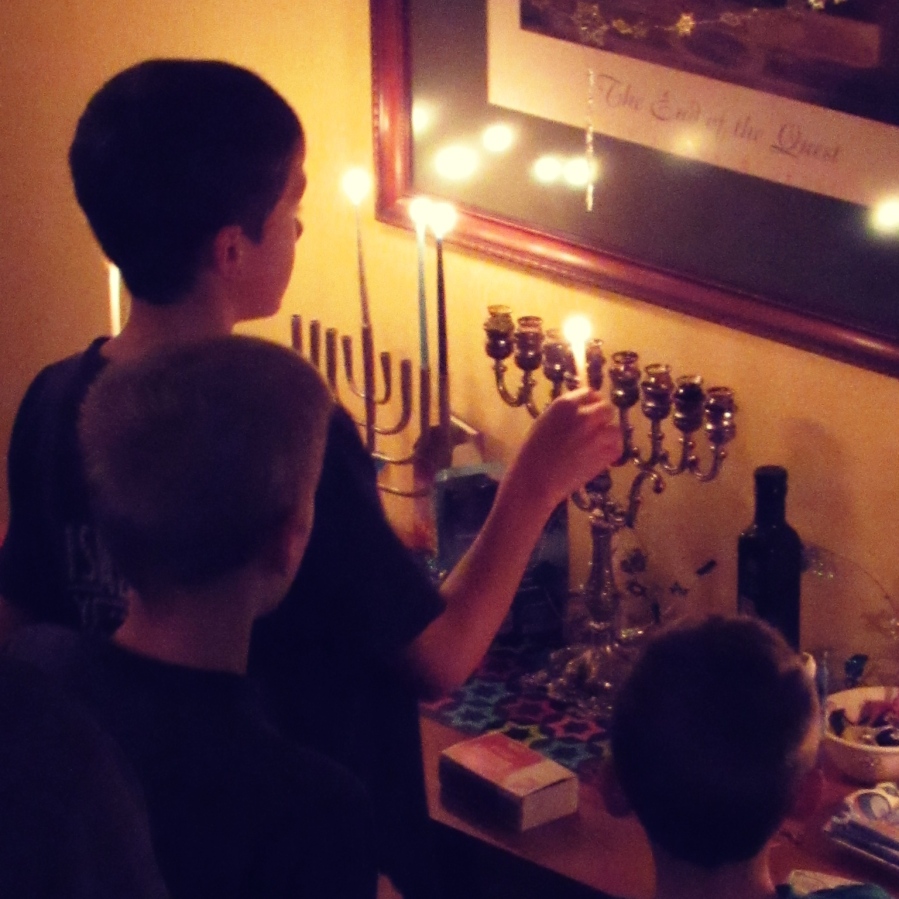 John lighting the menorah on the second night. 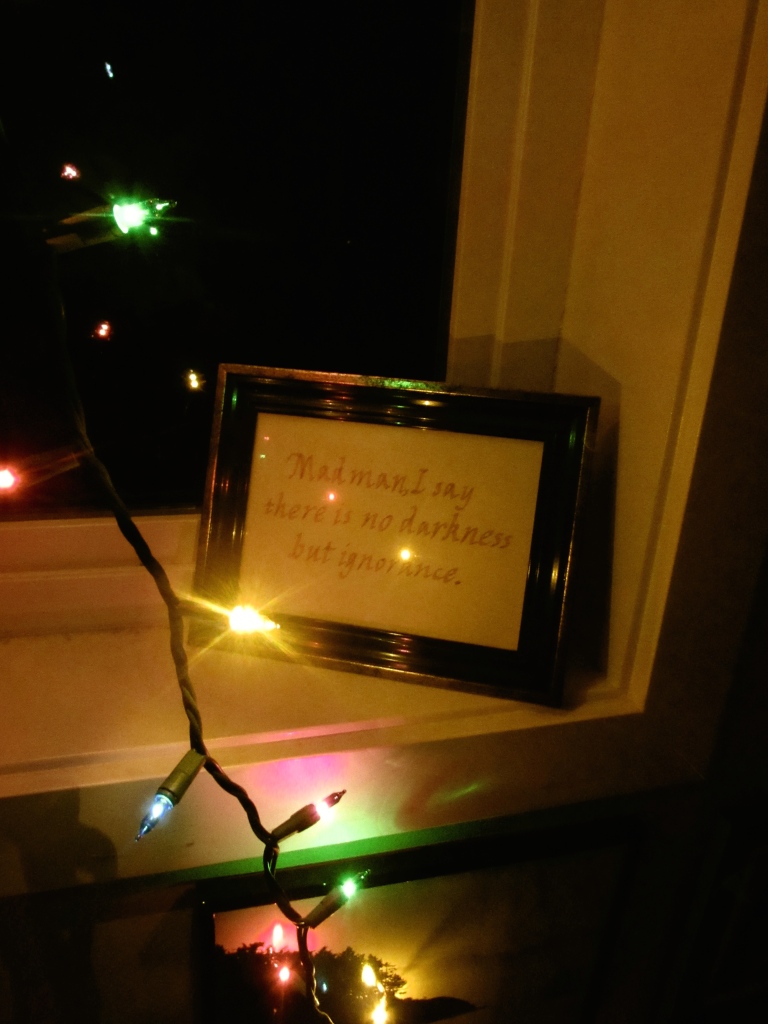 The twinkle lights in my room. I thought having them strung past my Shakespeare quote was a little funny. If it’s unclear what the words say it’s: “Madman, I say there is no darkness but ignorance.” A line from my role as Feste the jester in Twelfth Night. 🙂 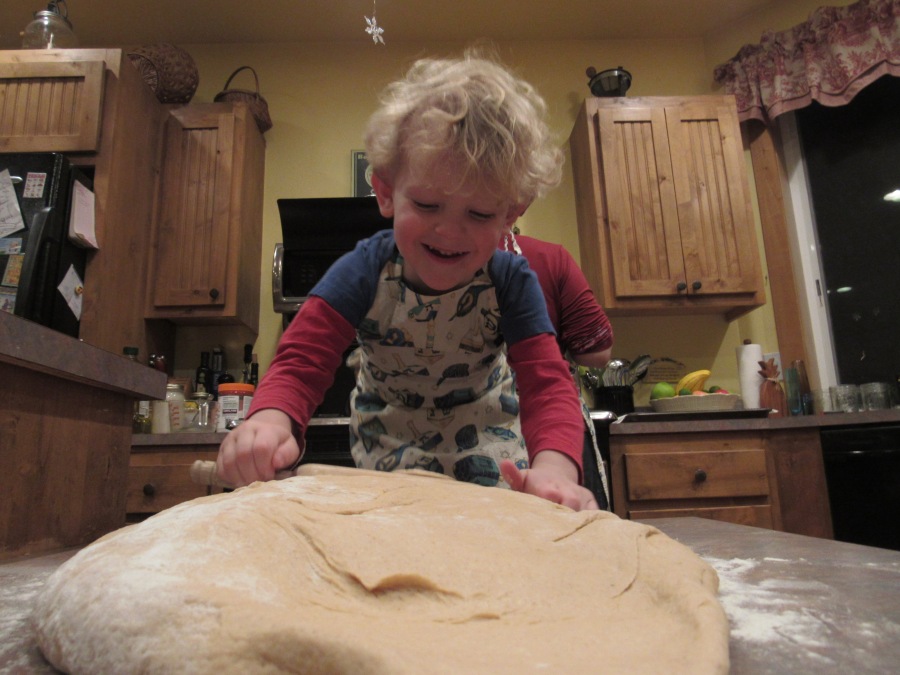 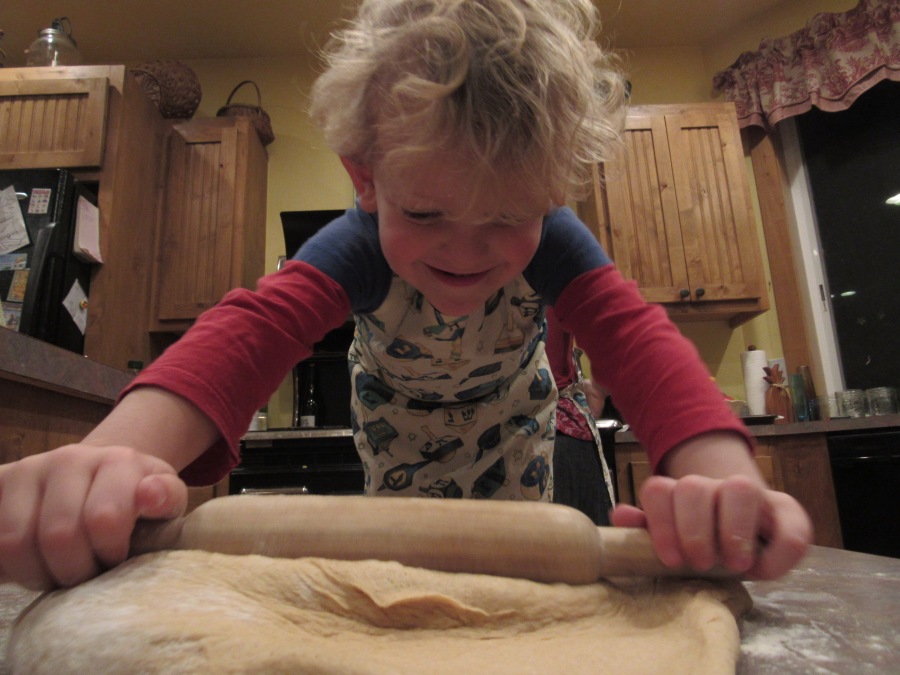 Isaiah rolling out the donut dough. ❤ 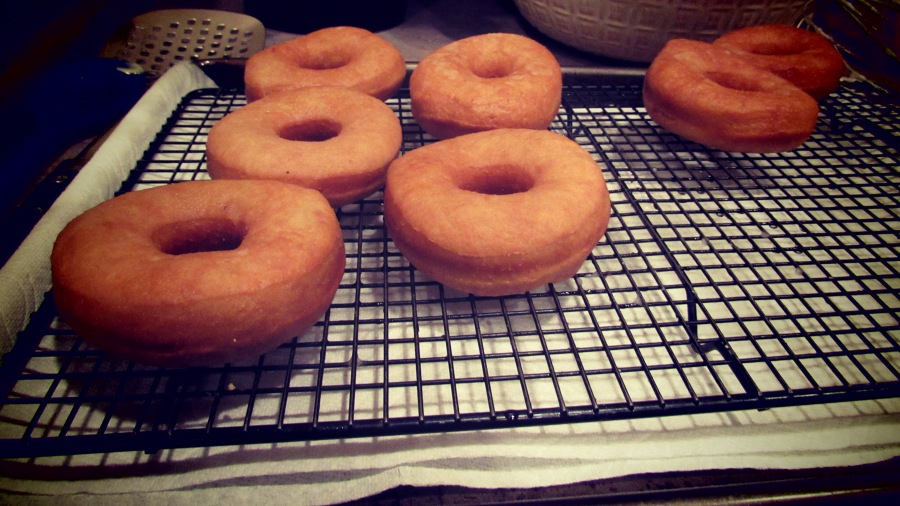 His cooked, though un-frosted products. 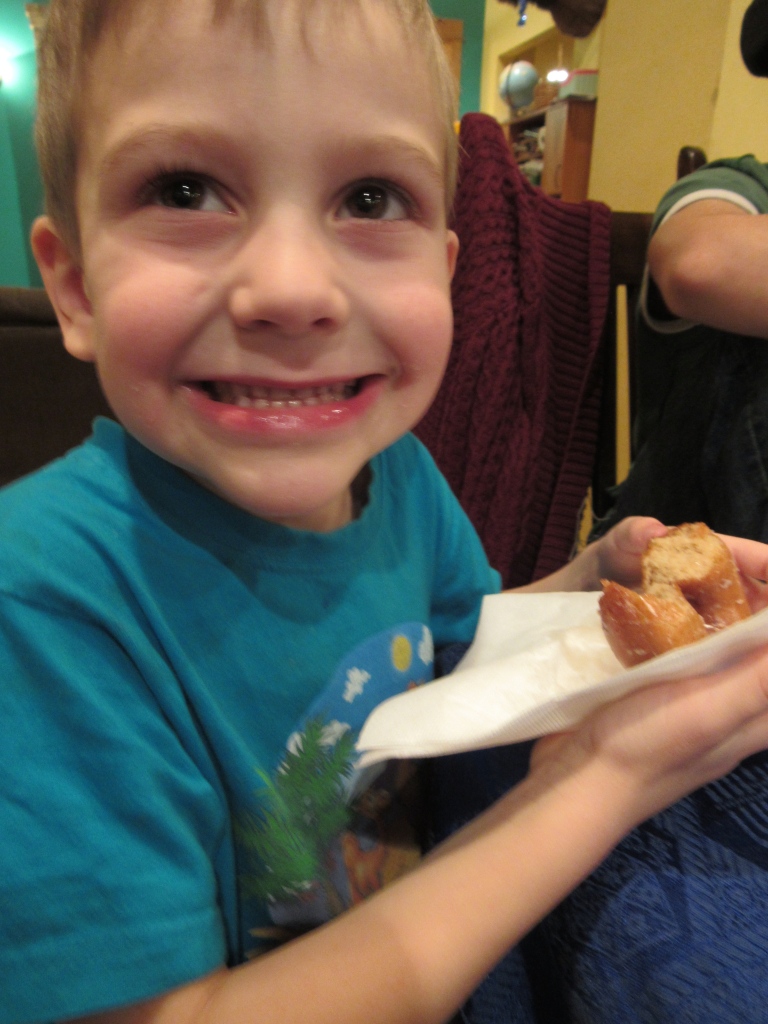 And James enjoying the finished donut. 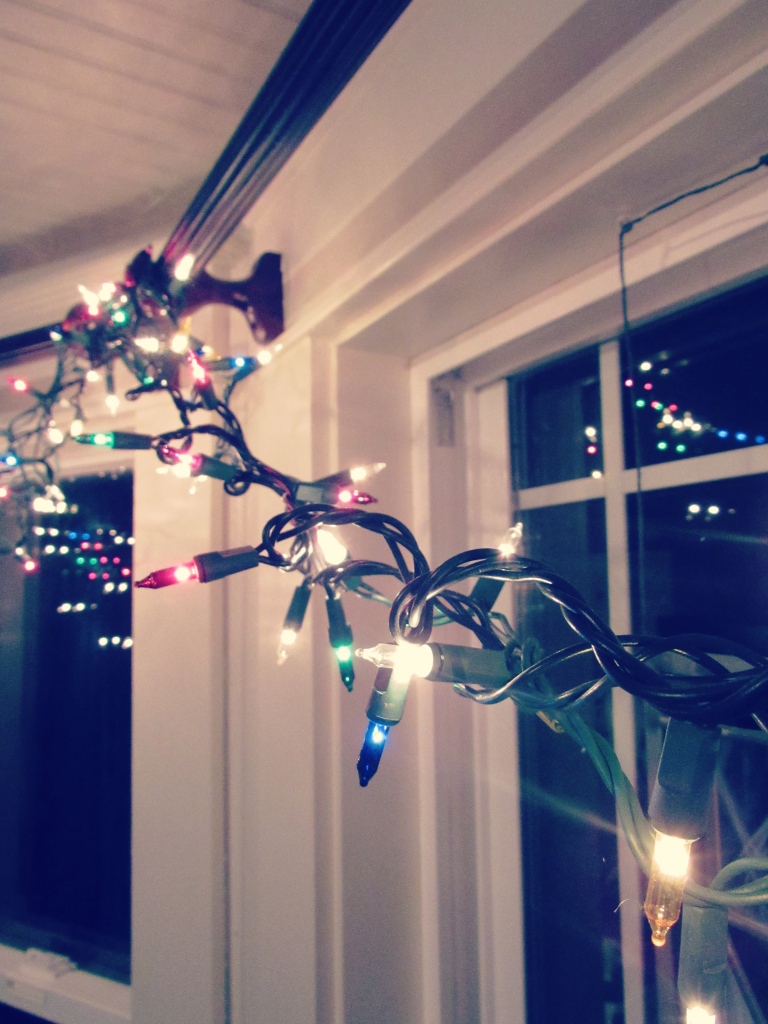 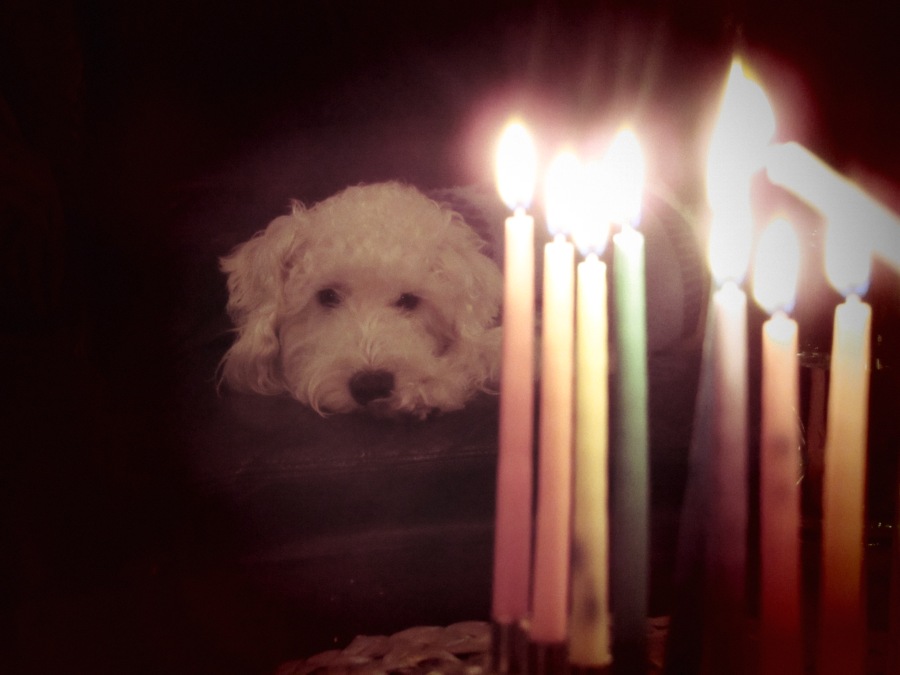 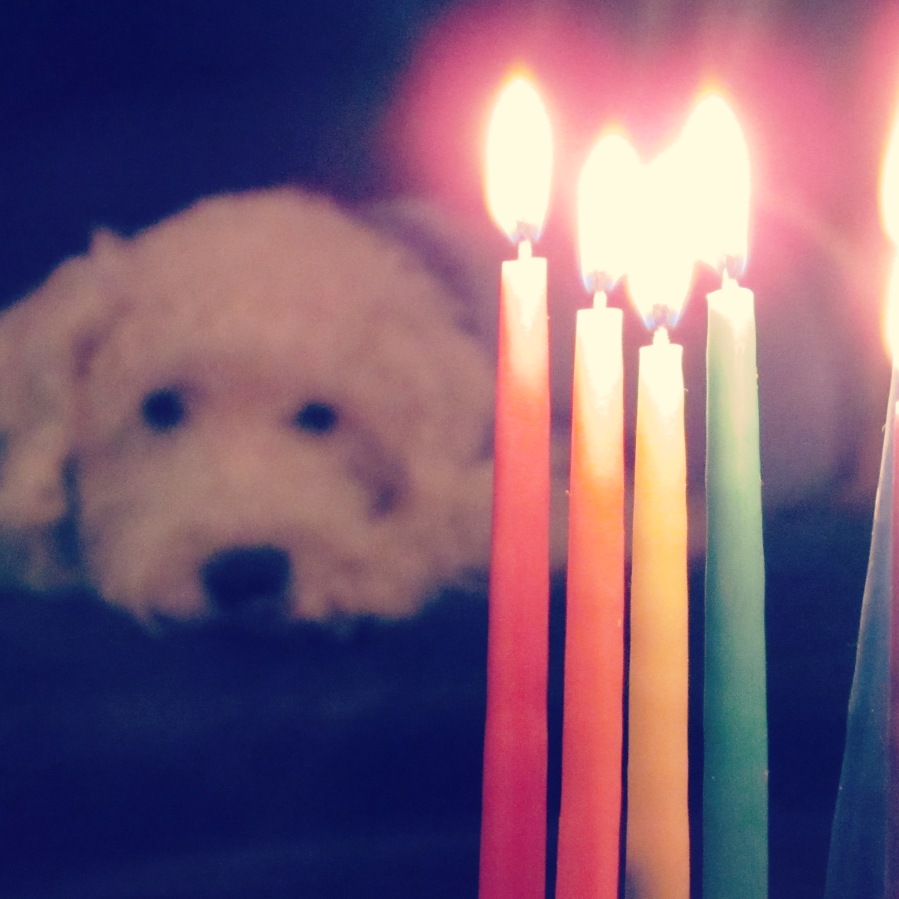 My aunt’s dog, Ozzy, watching the candles from the couch.

Hope you guys liked those! 🙂

We’ve got plenty else coming soon. Another part of my Hornblower story is almost done, I have a funny poem to share, the donut recipe with more pictures and of course some tags. Oh, and we’ve been watching lots of Studio C videos and laughing our heads off at that around here, so maybe a few of my favorites could get posted. Yep. Lotsa stuff.

Well, talk to you all later!

Please comment with your favorite picture or what you’re looking forward to most! 🙂

’till the next writefury attack,