I know I uuuusually do more recent movies. But it’s my parents 20th anniversary today. And they saw Titanic in theaters together twice, so we got to see it last night + go to a Titanic museum today, so this seemed appropriate for the date.

And for once… I will be including spoilers in my review. 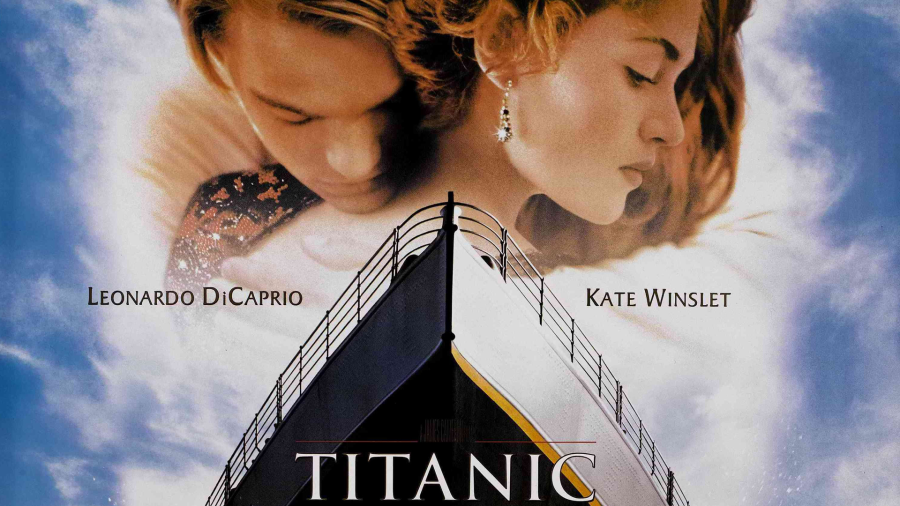 James Cameron’s “Titanic” is an epic, action-packed romance set against the ill-fated maiden voyage of the R.M.S. Titanic; the pride and joy of the White Star Line and, at the time, the largest moving object ever built. She was the most luxurious liner of her era — the “ship of dreams” — which ultimately carried over 1,500 people to their death in the ice cold waters of the North Atlantic in the early hours of April 15, 1912.

This movie is definitely a classic for a reason, guys. It is amazingly done. Some really incredible shots, scene changes and sets. Very immersive and just . . . very cool. Acting is A+ on all fronts. The emotions . . . just the terror when the ship is going down and the tension going on. And the tragedy of it wasn’t glazed over at all. Sad, for sure. But really meaningful.

A little bit playing off that first note. But guys, I love the ocean. And if we’re totally honest, this is a very pretty time period too. So I mean while the ending isn’t . . . that pretty (dead bodies and tragedy sort of ruin the effect), there are so many beautiful shots of the ocean and all the grand rooms around the ship and the dresses and everything. ❤

Okay everyone knows about “My Heart Will Go On”. I’m not talking about that. The soundtrack for the rest of the movie was seriously gorgeous and I enjoyed that. Very grand. And very much up to James Horner’s awesome standards.

I went into this with a few prejudices.

Especially ones against the romantic subplot.

I was expecting the typical Beautiful Bratty Entitled Girl and the Mysterious Hot Boy and their whirlwind romance that is mainly to spite all the authority figures in their lives.

While Rose isn’t exactly the most relatable character ever, she still worked and I did feel for her.

And then Jack was like . . . the opposite of the mysterious hot boy cliché and I really loved that. He was just straightforward and honest and optimistic + had a good sense of humor. And in the end, he really just wanted the best for Rose and was very selfless and sacrificing.

All I’m saying is that I can see where the hype came from. This definitely wasn’t the worst romance.

AND then there were the other characters too. Mr. Andrews was awesome. The mother and Cal were appropriately nasty. The crew of the Titanic weren’t cookie-cutter workers. Molly Brown totally rocked. (And let’s have a moment for the awesome of Officer Lightoller as well)

Really great cast to work with here and I enjoyed.

I mean what with watching Timeless lately and all, I’ve been on a bit of a history kick. And it was just really cool learning more about the event and seeing the effort put into this movie was neat.

This is all me here. Probably not anyone else. But it’s worth noting because spotting actors made me happy.

Bill Paxton was hilarious to see after just watching Agents of S.H.I.E.L.D. season 1.

Victor Garber is Professor Stein in The Flash, so that was a fun moment to spot.

David Warner (Captain Sawyer in Hornblower) again proved how capable he is of playing someone you really don’t want to get in trouble with. XD

And then Ioan Gruffudd/Officer Lightoller. He was basically playing another version of Horatio with a different accent and as usual he was a total stud. This made me very happy.

Quite a bit of swearing happened and I was actually shocked to discover an F-bomb in a PG13 movie. This does not seem like a PG13 movies in a lot of different ways, honestly. XD

Probably the most understandable of all the bad points, but I’m mentioning anyway. I mean . . . this was a huge tragedy and like I said before, they’re not glossing stuff over. You see frozen dead bodies. People get shot/shoot themselves. There is a freaking huge boat full of people that sinks, killing most of them.

Yeah, if you’re not a fan of that? Just don’t watch the Titanic.

Overall: It’s a classic and it is what it is, content and all. I enjoyed it more than I expected and it probably more than deserves the “classic” title.

So, that’s all for today folks! Have you ever seen the Titanic movie? Comment below!